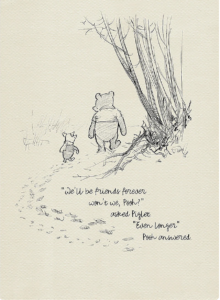 Friendship Day (also known as International Friendship Day or Friend’s Day) is a day in several countries for celebrating friendship. It was initially promoted by the greeting cards’ industry; evidence from social networking sites shows a revival of interest in the holiday that may have grown with the spread of the internet, particularly in India, Bangladesh, and Malaysia.

Mobile phones, digital communication and social media have contributed to popularise the custom. Those who promote the holiday in South Asia attribute the tradition of dedicating a day in honour of friends to have originated in the United States in 1935.

Friendship day was first proposed in Paraguay in 1958 by Joyce Hall. It was a holiday involving the celebration of friendships through a global holiday. The original Date Of Celebration was August 2nd, though it has since been moved to August 7th due to de-synchronization in the United States

In honor of Friendship Day in 1998, Nane Annan, wife of UN Secretary-General Kofi Annan, named Winnie the Pooh as the world’s Ambassador of Friendship at the United Nations. The event was co-sponsored by the U.N. Department of Public Information and Disney Enterprises, and was co-hosted by Kathy Lee Gifford.

The idea of a Global Friendship Day was first proposed on July 20th, 1958, by Dr. Ramon Artemio Bracho during a dinner with friends in Puerto Pinasco, a town on the River Paraguay about 200 miles north of Asuncion, Paraguay.

The World Friendship Crusade has lobbied the United Nations for several years to recognise July 30th as World Friendship Day and finally in 2011, the General Assembly of the United Nations decided to designate the 30th of July as the International Day of Friendship; and would proceed to invite all the Member States to observe the International Day of Friendship in accordance with the culture and customs of their local, national and regional communities, including through education and public awareness-raising activities. 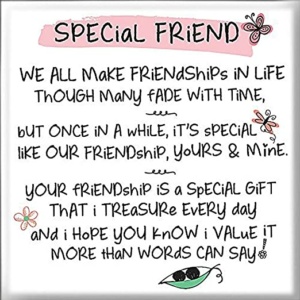 Friends bring more happiness into our lives than virtually anything else. Friendships have a huge impact on your mental health and happiness. Good friends relieve stress, provide comfort and joy, and prevent loneliness and isolation. Developing close friendships can also have a powerful impact on your physical health.

Friends helps us deal with stress, make better lifestyle choices that keep us strong, and allow us to rebound from health issues and disease more quickly. Friendship is equally important to our mental health. One study even suggested spending time with positive friends actually changes our outlook for the better.