Any instrument. Any school.

Learners from all schools are welcome to register for our wide range of instruments! We have established ourselves as an academy with an outstanding reputation with regards to musical achievements by our learners, our fees and our teachers. Our full-time and part-time music teachers are highly trained music professionals, who, apart from teaching, are all exceptional performing artists in their own right. We have introduced contemporary music to our field of expertise which is very popular and growing rapidly!

We offer preparation for external exams, performances, showcases, Eisteddfods and other festivals, and present theory and ensemble classes. Our prestigious Arts Festival is held in August every year and is one of the highlights for our learners to look forward to! A variety of instruments can be hired from the Music Academy too!

INSTRUMENT TUITION THAT WE OFFER:

THEORY OF MUSIC TUITION are included for ALL!

MUSIC EXAMINATIONS prepared for by the Arts Academy:

HOW DO I START WITH MUSIC LESSONS?

It is important that you know which instrument is suitable for you. You can get excellent advice during an appointment with our qualified teachers at the Music Academy.
Phone or e-mail the Music Academy and complete a registration form. We will then contact you to help find a suitable lesson on the timetable.

HOW LONG ARE THE LESSONS?

Beginners usually start with lessons of 30 minutes.  More advanced learners have lessons of 45 to 60 minutes. Music Theory classes of 1 hour per week are included for everybody.

tuition in the afternoon:

• Learners from all schools are welcome to register for our wide range of instruments.
• Training is provided by highly skilled full-time and part-time teachers.
• Tuition fees are subsidized by the Gauteng Department of Education and thus highly affordable.
• A variety of Instruments can be hired from the Arts Academy.

• Learners can be entered for all UNISA, ROYAL SCHOOLS of MUSIC and TRINITY COLLEGE Practical and Theoretical exams.
• We also provide music as a subject for Grade 12 or as an extra subject when learners register it as such at their schools in Grade 10. 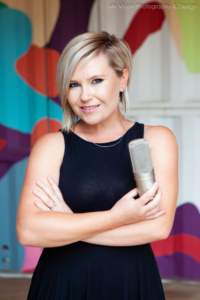 Nelmarie was the Jazz Vocal lecturer at Tshwane University of Technology’s Performing Arts Department for 10 years. During this time, she also taught voice at Cornwall Hill college, and was a very prominent Voice Teacher at St Mary’s DSG for 8 years. Her students are known to obtain excellent results. Two of her students from TUT was the winner and runner-up for the National Unisa Voice competition 2017. Other achievements by her school learners include trophies and OVERALL WINNER at the 2018 Pretoria Eisteddfod, as well as highest aggregate and best marks nationally for Rock School exams 2017 and 2018. Being a 2-time semi-finalist in the prestigious SAMRO Overseas Scholarship for Singers competition, Nelmarie is a performing artist in her own right. She has toured the country with productions at festivals, theatres and venues, and performed in 2 stage productions with Laurika Rauch. She was part of the Grand Finale Concert at the Innibos Festival 2018, and performs regularly with the likes of Werner Spies (one of our part-time teachers), Marcel Dednam, Justin Holcroft and other prominent musicians. 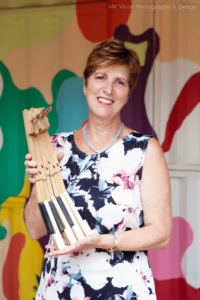 Annelien du Plessis has more than 30 years’ experience in piano teaching. She studied at the University of the Free State where she also obtained her Honours Degree in Chamber music. She then did her UNISA Licentiate in Vocal accompaniment. She accompanies music exam candidates up to Licentiate Level. 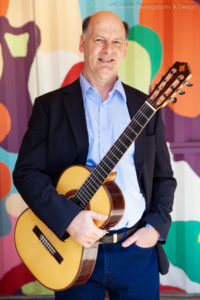 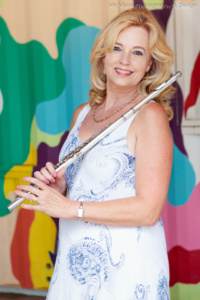 Denise is a full-time music teacher at Pro Arte Music Academy. She teaches flute, piano, recorder and Theory of music. She trains her pupils for Unisa, Trinity and Royal Schools examinations. She is founder and Director of the Artisticulta Arts Festival, Rising to Fame National Arts  Festival and Arnold Classic International Arts Festival. 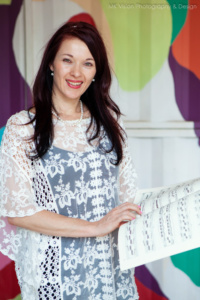 Isabelle was the first prize winner of national competitions which include the ATKV Muziq Competition and the UNISA Music Scholarship Competition in 2005. She was the receiver of numerous bursaries throughout her career, among others, the Stephanus Zondagh Organ Scholarship from UNISA and the Doctoral bursary from the Southern African Church and Concert Organists Society (SACOS).

As a teacher of music theory, she received a certificate of merit from UNISA in 2019 and 2020 in recognition of her students who did exceptionally well in their theoretical examinations. Isabelle is a piano and theory teacher at the Pro Arte Music Academy, serves on the executive board of SACOS and has recently been appointed as the organist at the Dutch Reformed Church Universiteitsoord in Pretoria, South Africa. 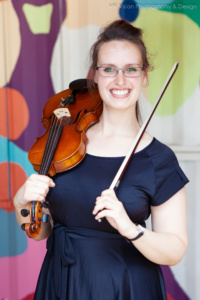 A chamber music enthusiast, Friederike is the violist and founding member of the Serendipity String Quartet and regularly participates in other chamber music projects. She is particularly interested in the performance of Early Music. Friederike teaches violin, viola and piano at Pro Arte Arts Academy.  She is also a part-time lecturer in music history at the University of Pretoria. 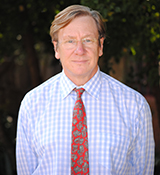 Dr Kobus Groenewald teaches piano, flute and theory. He regularly accompanies choirs, solo singers and instrumentalists countrywide. He accompanies the music exam learners of the Music Academy for their UNISA, Royal Schools or Trinity examinations. He is founder member and flautist in the Pretoria Symphony Orchestra.

How much does it cost?

There is a registration fee of R75 (Once-off)

Hiring of Instruments
Please enquire at the Music Academy

Aimée Porter completed her BMus studies cum laude at the University of Pretoria, and was awarded the Medal of the Vice-Chancellor and Principal as the overall top achiever in the Faculty of Humanities in 2017. She is currently enrolled for the MMus degree at the University of Pretoria, specialising in violin performance under the guidance of Johanna Roos. Her name appears on the Roll of Honour of Outstanding Achievers of the University of South Africa (UNISA) for all her violin and piano examinations. She has received multiple bursaries and scholarships, including the Ellie Marx Memorial Scholarship, David Reunert Bursary, SAMRO Music Bursaries as well as a UP Postgraduate Masters Research Bursary. She is a member of the esteemed Golden Key International Honour Society. In 2016 and 2017 respectively, Aimée completed the DipABRSM and LRSM examinations in violin performance, and obtained both with distinction. Aimée is passionate about chamber music and is a member of an active piano trio known as Les Trois. She has also been a permanent member of the Gauteng Philharmonic Orchestra since 2016. Since 2014, Aimée has taught violin privately. She was appointed in 2018 as a part-time violin teacher at the Pro Arte Alphen Park Music Academy.

Anthony Cloete started playing clarinet in 1999 and saxophone in 2003. In 2003, Anthony entered The National School of the Arts, graduating in 2007 with full colours in music. He received a distinction for Trinity clarinet grade 8 and saxophone grade 6 in 2006 and 2003 respectively. Anthony studied Bachelor of Music at the University of Pretoria from 2009 with clarinet as first instrument and saxophone as second, graduating in 2012. He teaches at various schools including Menlopark Hoërskool, Midstream Ridge Primary School, Pro Arte Alphen Park, Waterkloof House Preparatory School and has also been a part time lecturer of clarinet methodology at University of Pretoria. He has played for various student and professional orchestras as second or principle clarinet including the Johannesburg Youth Orchestra, Johannesburg Symphonic Wind Band, University of Pretoria Symphony Orchestra, Stellenbosch International Chamber Music Festival Symphony and Concert Orchestras, playing under national and international conductors. Currently, Anthony is a founding member and full-time second clarinetist for the Gauteng Philharmonic Orchestra as well as ad hoc player for the Chamber Orchestra of Johannesburg and Johannesburg Philharmonic Orchestra.

In 1991, I Jerome Daniels joined the ranks of the, SAPS Western Cape band as learner musician till he took a transfer in the year 2000 to the SAPS Tshwane Band, where I am currently holding the rank of captain. I acquired myself in the various internal music exams from learner musician to Band master level. Completed the ‘Complete Brass Method Teaching’ course at University of Cape Town, under the lectureship of Sean Kierman head of Brass and Wind Music Department in 1997. I was part of the leadership team of the SAPS National Band that traveled to Germany and Switzerland for two band festivals respectively in 2000 and 2010, and participated in the well-known SA Tattoo that was hosted at Monti-casino for many years.

I performed with the renowned JFO (Johannesburg Festival Orchestra) under the directorship of Richard Cock, and performed with Canzona Brass quintet. Currently I’m part of a four piece cover band that perform a variety of music genres comprising of light-classical, oompah, 80’s pop, reggae and jazz that entertains audiences in the corporate world and restaurants alike.

Joryn studied at the University of Pretoria and teaches Violin, Viola and Bassoon. He obtained his Bachelor of Music Degree in 2018 at the University of Pretoria, and is currently enrolled for the Postgraduate Certificate in Education (PGCE). He is a professional musician and teacher active in Pretoria. He is also an experienced professional orchestral player. He joined the Pro Arte Alphen Park Music Academy in July 2017.

Laura matriculated at Alexander Road High School in Port Elizabeth in 1990. She achieved grade 8 Trinity College London when she was in Matric. In 1991 she went straight to Pretoria to join the Police Orchestra where she stayed till 1998. From 1999 she taught at various schools in Gauteng. In December 2016 there was an opportunity to return to the Police Orchestra which sorely needed numbers for its existence. Exams passed: ATCL Trinity College London on trumpet, Grade 6 French Horn, and most recently grade 2 Rock and Pop drums, to be able to have a general knowledge of drumkit for her band. She has a jazz band that is made up of students from the various schools that she teaches at. They practice 2ce a month and take part in eisteddfods. There is a performance at the end of each term to ensure there is something to work for, and for the parents to enjoy the music their children are making. The band is called: Divine Jazz. She has been at Pro Arte Music Academy since 2015.

Tilja Myburgh is a part time teacher at Pro Arte Music Academy. Her violin groups for 5 year olds that then grow into individual lessons later on is something she is very proud of. With her foundation music classes for little ones she aims to teach them how to listen, react and move to music. It teaches them the basic concepts of music theory as well as the practical side. Her orchestra helps young kids to develop their listening, performing and sight reading skills.

Toni was born and educated in Bulgaria. After finishing her National Music Academy, she became a member of Sofia Philharmonic Orchestra. In 1991 she moved with her family to South Africa and was appointed Principal Cellist with the State Theatre Orchestra. Since the Orchestra was closed down she has been a freelance orchestra musician. In 2018 she was appointed Principal cellist with the GPO. Since 2002 she has been a part time teacher at Pro Arte Music Academy. She took part in “Opus 3” CD and recorded “Romantic pieces for cello and piano” with Annalien Ball. Both CD’s are playing currently on Classic FM.